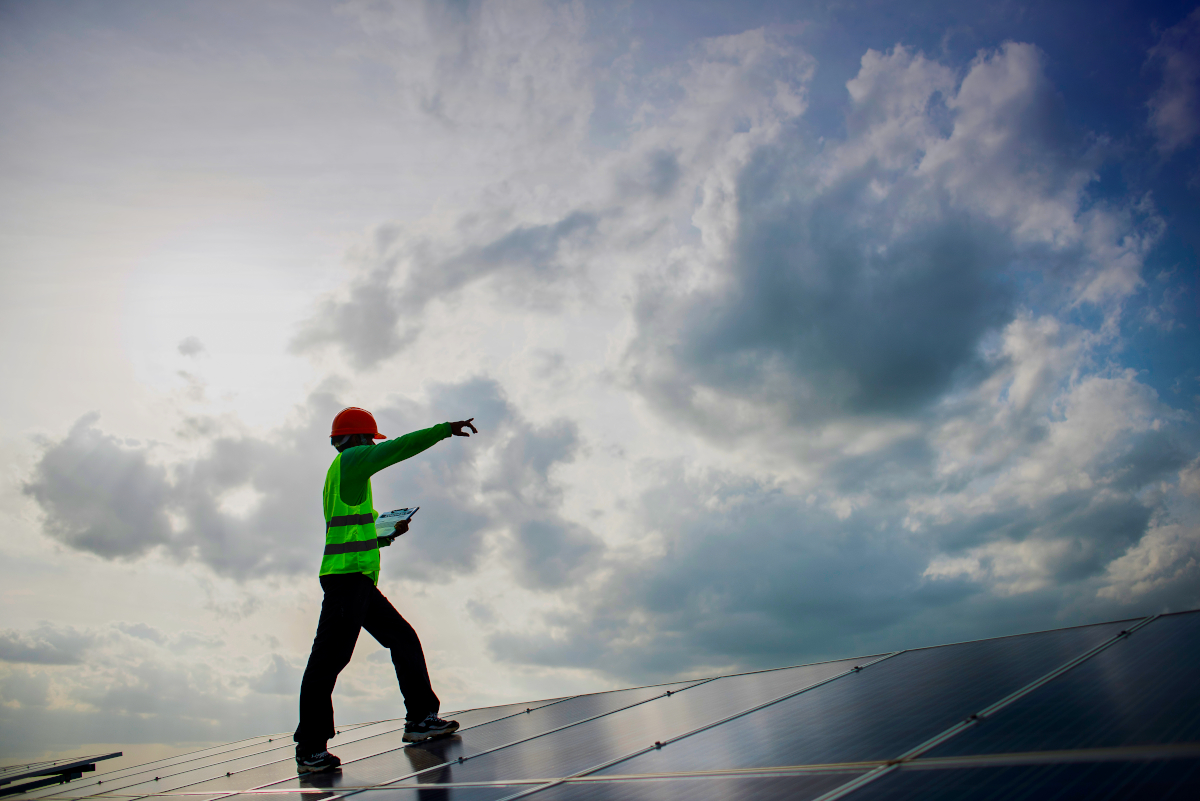 Many people considering the installation of a photovoltaic installation fear that the influence of the weather on photovoltaic panels may limit their effectiveness and efficiency. Does the change of weather seasons affect photovoltaics, especially when the number of sunny days in Poland is not as impressive as in other latitudes? Photovoltaic producers ensure that the weather conditions do not have a major impact on energy generation. Let’s check how it really is.

Are photovoltaic panels resistant to:

Most, i.e. about 75% of the energy obtained by photovoltaic panels, is produced in the period from April to September. It does not change the fact that low winter temperatures do not adversely affect the efficiency of photovoltaic panels. Panels require sunlight, not temperature, to function properly and safely.

Snowing, although it is rare recently during the Polish winter, can be a problem in obtaining energy. A layer of snow covering 2-3 cm can reduce the efficiency of panels by up to several dozen percent. To prevent snow covering the photovoltaics, the photovoltaic panels are mounted at an angle of 30-40 degrees, allowing them to freely fall the snow cover. With such an angle of location, snow retention should be difficult. Moreover, if a small portion of the module is exposed, the panel will gradually heat up by using solar radiation, melting and sliding off the rest of the snow.

If the module is partially covered with snow, its power will decrease and, consequently, the power of all panels in a row will decrease. For example, if a string (series of panels) consists of eight panels, each with a power of 300W, the maximum power of the entire string should be 2.4 kWp. Suppose 1 panel is covered with snow (shaded) and instead of 300W, it will reach a lower power of 250W. Consequently, each panel in that row will perform with this power. In this case, instead of 2.4 kWp in a row of 8 panels, we get a power of 2 kWp. And this way, due to the slight snow coverage on one panel, we lose about 16.7% of the power of the entire line.

If the snow does not fall spontaneously during a heavy snowstorm, it should be gently removed (of course, if you want to draw energy continuously). Lying snow itself does not physically endanger the PV modules.

Rainfall obviously has an effect on the solar panels. On the one hand, high cloudiness that accompanies precipitation limits the efficiency of photovoltaic panels, on the other hand, the rain itself has a positive effect, because it cleans the modules of dirt, such as dust, dust or smog. So, contrary to appearances, photovoltaics may like rain.

Light hail or intense hailstorms are not common weather phenomena, but it is worth analyzing their impact on photovoltaic panels. Tests carried out by manufacturers of photovoltaic systems confirm that even this type of rainfall does not have a significant impact on the occurrence of any damage. It may seem that tests carried out by manufacturers may not be reliable, but using 2.5 cm of steel balls for them should reassure us.

The photovoltaic panel is covered with 3-4mm thick tempered glass, so its damage is not that easy. This is evidenced by the fact that in 2017, a large solar power plant in the USA was subjected to an extreme hail test with a diameter of 7 cm. After the storm, only one solar panel was damaged.

In addition, it is always worth checking the guarantee of the panel manufacturer. There is often a provision that if the damage is caused by non-standard climatic conditions, the panels may be replaced under warranty.

Thunderstorms are the most dangerous atmospheric phenomenon for both solar panels and the entire building. When lightning strikes the photovoltaic system, the cells may over-voltage or burn out. Such situations can be effectively prevented by installing appropriate solar system protections: lightning protection elements, surge arresters or a lightning rod.

In order to sleep well, owners of expensive installations should obtain adequate insurance, which will cover losses in the event of an accident.


Light gusts are not a problem for a solar PV system, but what about severe winds and hurricanes? Manufacturers of photovoltaic sets ensure that the panels are sufficiently durable, even with wind gusts up to 130 km/h. In addition, solid installation and securing the installation structure are of key importance.

Photovoltaic, vs Cloudiness and shading

It is a popular myth that solar panels do not produce energy when there is no sun. We answer – false. Modern technologies enable uninterrupted energy production, which is reduced by only a few percent on cloudy days. Depending on the climate and our needs, you should choose the right type of photovoltaic cells. If we assume predominance of cloudy days, we choose polycrystalline cells. However, if we focus on obtaining energy on sunny days, monocrystalline panels will be perfect. If there are trees near the installation that may partially cover the cells, HALF CUT solar panels will be the best choice. 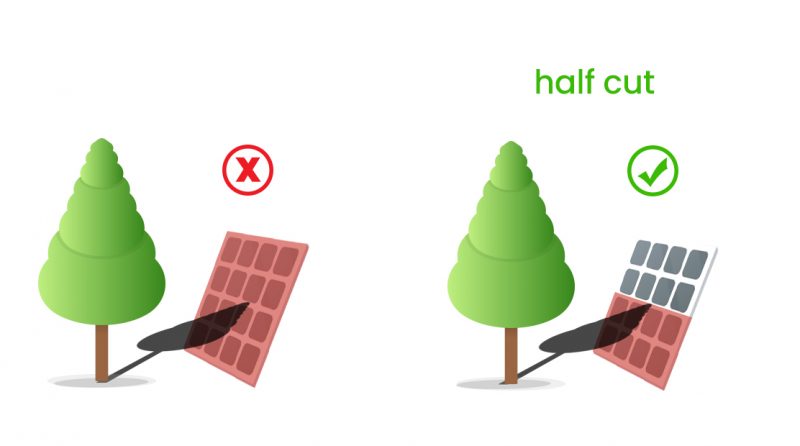 Weather and atmospheric phenomena have a varied influence on photovoltaic installations. Fortunately, appropriate protection and high quality of photovoltaic panels will completely eliminate the negative effects. That is why it is so important that the process of selecting and assembling a photovoltaic installation should be left to a specialized company that will select the type and manufacturer of the photovoltaic set, and above all, carry out a correct and reliable assembly, and take care of the formalities at every stage of the investment. 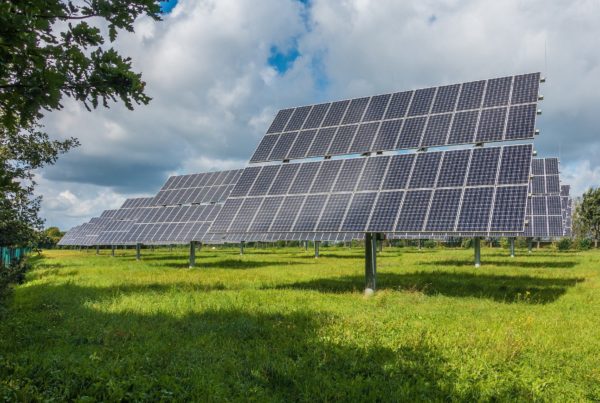 Photovoltaic – how it works and to whom it really pays off 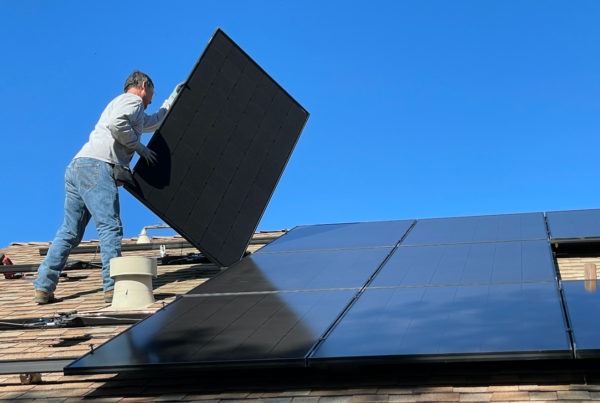 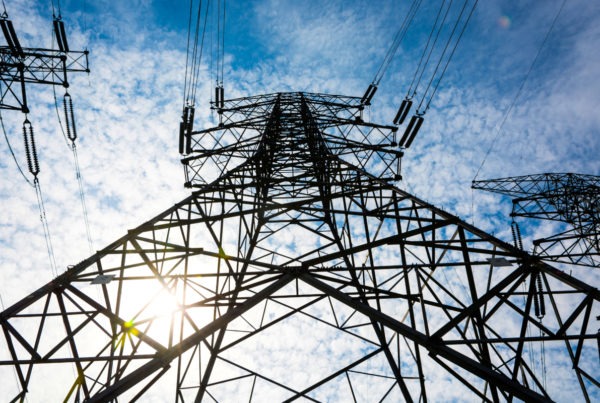